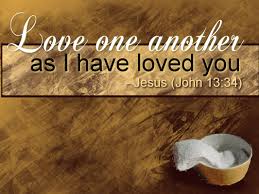 In the early days of Christianity, what attracted most to this new variation of Judaism was not necessarily its profound and theological concepts or arguments.  It was not the loudness of the early Christian voices, nor was it their ability to denigrate and dismiss other’s faith.  What attracted most to Christianity in the early days was how they loved one another, neighbors and their enemies. That’s what convinced people to listen to them and follow them.  They were consistent and practiced their faith more than simply talking about it.

“But it is mainly the deeds of a love so noble that lead many to put a brand upon us. See, they say, how they love one another…how they are ready even to die for one another, for they themselves will sooner put to death.”

Sometimes it seems that today, too many of those claiming to be Christians, promote their faith by the belittling of other’s faith.  They often promote their faith by violence toward those perceived to be sinners.  It seems as though too many Christians believe the more times you proclaim the Gospel or the  louder one talks about one’s faith make them more faithful, better Christians and better people, at least better than those lowly non-Christians, whom God, they believe hates.  I think Jesus would have some things to say about that.

The first move of a Christian is not to speak about one’s faith but to demonstrate one’s faith.  Something to remember for ourselves and other Christians.

“Before you speak to me about your religion, first show it to me in how you treat other people; before you tell me how much you love God, show me how much you love all his children; before you preach to me of your passion for your faith, teach me about it through your compassion for your neighbors.  In the end, I’m not as interested in what you have to tell or sell as in how you choose to live and give.”-Corey Booker