Posted on May 26, 2017 Posted By: Kathy Tjelmeland Categories: News 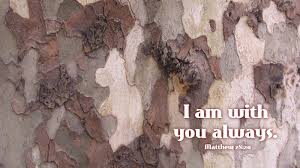 Ascension….typically ascending is considered a positive thing and descending a negative thing. When we rise we assume it is for the better and falling not so good. How did this come to be? These are the types of questions that keep me up at night.

“Why is up good and down bad?

I think it has a lot to do with our primordial instinct. When we get up higher, we can see more. Back when we were cave-people, being able to see a long way was vital to survival and for hunting. Let’s face it when we are up high, in a tree we seem to be in a little more control and safer. Who doesn’t love going to the top of a tall hill or mountain and being able to see the vast landscape below.   We feel powerful when we are above someone else. It is a defensive position as well as a desired offensive or military position. Gaining the high ground is desired when in a battle as it is easier to fight going down hill.

It doesn’t take much to see how we use the actual experience of being higher to symbolize other things, i.e. “having the moral high ground” or “higher up on the totem pole” or “climbing the corporate ladder” etc. etc.

Of course when we were cave-people it was natural to look UP into the sky at night and imagine God being up there in the highest most commanding position of them all. We can imagine trying to figure out all those things that were UP like the moon, stars and sun. Since there was no way, at first to get closer to them, we attached divine attributes to them and considered them if not good, at least more powerful.

Then we get to religion … naturally we began to allow ourselves to believe heaven and God were up and Satan and hell was down….people are ecstatic when they are “upgraded” and defeated when they are “downgraded.”

This philosophy, emphasized by Plato has affected us so deeply, it is difficult to think of things otherwise. For Christians, up or higher is always better than down and lower and that is a great way of imagining things until we take it too far. Church steeples can only be so high and having one shorter does not make a church less sacred.   Similarly, more is not always better and bigger is not always better. More or bigger does not necessarily make something holier nor does less and lower necessarily make something less holy.

Today we celebrate the Ascension of Jesus. Naturally Jesus would not descend into heaven, because we could a) never imagine it and b) it runs contrary to our billions of years in developed instincts. The only reason I bring this up is to make sure we are not placing Jesus or the Kingdom of Heaven too far away, or place an insurmountable obstacle between Jesus and Heaven, up there and me and the world down here. In Luke 17.21 when Jesus is describing the Kingdom he says, “nor will they say, ‘Look, here it is!’ or, ‘There it is!’ For behold, the kingdom of God is in your midst.”

The Kingdom is not a far off place, it is in our midst. What better way to imagine this than when we receive the Eucharist. When receiving Communion, on your way back to your pew, point to yourself and imagine Jesus, fully present within.