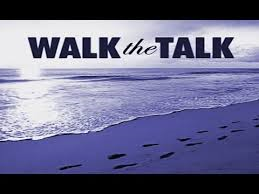 Jesus offered a stinging indictment and criticism to the scribes and Pharisees.  On the one hand he is correct in pointing out that they are an extension of Moses as the ones who are giving continual voice to the Law, but is quick to remind the crowd of how badly and arrogantly they go about doing it.  He points out how arrogantly they strut around, accepting the lofty and impressive titles that salve their inflated egos.

Jesus refers to something called a phylactery and how the scribes and Pharisees loved to show off by having larger versions than anyone else.  A phylactery is a black box that is generally tied around a devout Jewish persons forehead.  In the box are small papers inscribed with scripture or something from Torah.  The idea is that the Word of God is close to their mind.  So the Pharisees and scribes overdo it by having really large phylacteries to impress everyone.

Jesus’ main criticism surrounds the hypocrisy and the selfish way they go about enforcing the Law and others.  They make things difficult on people by applying a very strict and punitive way of being a good Jew before God, while they themselves don’t reflect any of it in their actions or lifestyle.

I think Jesus would be critical of anyone nowadays who presented themselves as a very faithful and religious person by outward displays of piety for people to see, while at the same time living something quite differently and/or looking down their nose at someone who is not as pious.  Jesus would especially be critical of anyone in a position of authority who hypocritically uses faith or religion as a hammer in attempts to control or guilt people into some choice or action.

The scribes and Pharisees were very good at dividing people using piety and their interpretation of the Law.  They were quick to judge and condemn others but unwilling or unable to see their own failures.  Jesus accuses them of forgetting or ignoring the real essence of the Law, which is God’s presence, protection and guidance.  Instead they focused on what people weren’t doing, how weak and how wrong they were.  It made for a very toxic environment, which caused the people to turn on each other as they learned to be critical of others’ faith in the same way as their leaders.

We should be careful not to emulate the scribes and Pharisees in Jesus’ example.  We need to be careful how we judge other’s lives, faith and actions.  Instead of being negative and accusatory, concentrate more on simply being a good Christian ourselves instead of judging and critiquing others.  We need to not focus so much on our external appearance and piety and more on what is within, our own inner dialogue and relationship with God.  What comes from the heart is seen by our choices and lifestyle, both good and bad.