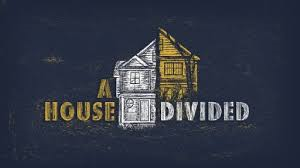 “A house is divided against itself, that house will not be able to stand.”

Today’s Gospel has been quoted by many throughout history. On June 16, 1858 more than 1,000 delegates met in the Springfield, Illinois, statehouse for the Republican State Convention where future President Abraham Lincoln uttered these words from all three synoptic Gospels, Matthew, Mark and Luke.  The words from the Gospels were part of a speech delivered while he was running for the U.S. Senate. To many, including Lincoln’s friends, the speech while symbolically true, was seen as too radical for the time. In some ways, this speech was the reason he lost the Senate race that year, but ultimately the speech helped him win the presidency, years later.  At the time he gave the speech, many claimed it made Lincoln look weak and cast doubt on his view of the country. Later, his use of Jesus’ words were viewed as an accurate description of the direction the country may be going.

These words of Jesus have been used in many non-religious ways since they accurately describe an organization, team, group or family falling apart not from any external cause, but because of differences in heart by the members within.

Jesus’ may well had been describing the status for the people of God during his life, but based on my understanding of the entirety of the Gospels, Jesus was just as likely to be describing a single person.  A person divided within himself is a person who is diminishing in confidence, character and faith. Instead of integrity, one who is compete and undivided, a divided person is weak, indecisive and vulnerable to all sorts of attacks and influences.

Examining ourselves, how integrated are we?  We strive to be people of integrity, confident, strong, decisive and clear minded.  However, when we doubt, when we are weak and our faith is diminished we become divided as Jesus describes.  When we are indecisive, divided and lacking in faith and confidence, we cannot stand for long.  Divided, we will be duped, persuaded and lulled into all sorts of self destructive and even sinful ways.

Today, we pray for integrity, completeness and being singleminded in faith.  We pray for unity within our families, country, parish and whatever noble group we belong to.  Unity and togetherness is strength and integrity is wholeness.