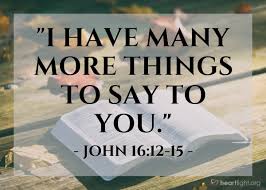 Today is Trinity Sunday, the most dreaded weekend for anyone preparing a homily or sermon for the day. It can only be rivaled by Paul’s “Wife’s obey your husbands” in squeamishness in homilizing about.

To talk about the Trinity in any length, one must enter into some heady and theological theories in how to explain, “one God, three persons.” Gallons of ink have been spilled in explaining the Trinity throughout the centuries, the inner dialogue of the Trinity, the relationship to each member of the Trinity to the others, and how does it apply to us? Of course we have already learned the term “Perichoresis,” which deals with the inner relationship of the persons of the Trinity. (We can thank Maximillian the Confessor for coining this word in the late 7th century). We also already know that Circumincession is the Latin version of the same word for the same concept (Thanks to Gregory of Nazianzus who dabbled in the concept as early as the late 4th century).

OK, so now we have the starting point for a homily on the Trinity…simple, right? Yes and no. If we want to get into the details of our Trinitarian theology then we have to define our terms to be consistent and understandable, things theological conversations don’t always contain. Yet, St. Patrick and others, have come up with simple ways to explain the Trinity. St. Patrick used the clover. The triangle was a way for medieval theologians to explain the Trinity, demonstrated in diagram called “The Shield of the Trinity” or the “Eye of Providence” diagram. Each in their own way tried to offer a simple explanation of the Trinity that our four and a half pound brain could grasp. The fall back, Catholic answer to difficult things to explain in faith, was to simply say what Sr. Juanita said when she did not want to go further in explaining the Trinity to second graders, “it’s a mystery.”  Another great quote to help explain the Trinity is one that popped into my head when trying to explain theological things to my mom, “I wouldn’t worry about it.”

The explanation that makes more sense to me is, we relate to God in three different ways; God as creator and overall title; Jesus, God as a human; and the Spirit, which is like air and emotion that prompts us closer to God. Then again, it’s a mystery.