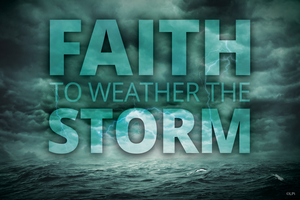 Sunday’s Gospel from John is the familiar and visceral story of Jesus and Lazarus. Here, John once again gives such great detail and depth that we know John wants this to be one of the highlights of his Gospel.

Like all Gospels there are varied discussion, translation and interpretations of the stories and accounts contained in them. In the story of Lazarus, a couple of things strike me.

In the story, Martha comes and meets Jesus in Bethany. She tells him, “if you had been here, my brother would not have died.” Jesus challenges the faith by asking if she has believed the things he has said and stood for. She acknowledges she does. At this point she runs back to tell Mary that Jesus is asking for her. So Mary runs to Jesus and falls at his feet weeping. John tells us that when Jesus sees Mary weeping and the Jews weeping, he becomes perturbed.

Perturbed is a strange word to use here. Some translations describe Jesus as having snorted in disgust. For us perturbed means, agitated, anxious, upset, unsettled. Why is Jesus perturbed and why does John feel it necessary to include this detail? Gallons of ink have been spilled over the meaning of this passage. Many interpret this as Jesus being unsettled by the grief of those around him and then, in his humanity, grieves for at his friend’s death. John tells us he weeps and the crowd assumes he weeps at the death of his friend Lazarus.

John tells us that Jesus observes the crowd weeping and then he himself weeps. Here, the crowd assumes he is weeping for his friend, “See how he loved him.” John describes Jesus again as being perturbed as he approaches the tomb.

For me, this doesn’t make sense, since the whole chapter Jesus is reassuring his disciples and everyone he encounters that he is the resurrection and the life. Why now would Jesus weep for the death of his friend when he has claimed that Lazarus would rise?

I tend to think that Jesus is perturbed by the lack of faith on display before him. Even after all the miracles and teachings. Despite his reassurances of he being the resurrection and the life, they still lack faith. It seems that this is what causes Jesus’ weeping and being unsettled.

For me, it is striking that Jesus demands faith even in the darkest hours. Even more, he is perturbed when during difficult times we doubt and weep. If we would only trust Jesus’ words and actually believe he is the resurrection and the life, even in our most desperate times, we would not weep but believe.