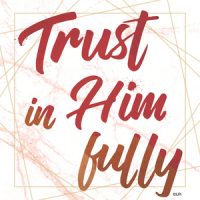 I remember when Cardinal Bernardin died in 1996. It was a very sad day as Cardinal Bernardin had ordained me as a deacon in the previous December. He had often come to the seminary to speak frankly to us about all sorts of things. He always felt a need to come and talk with us about what was going on in the Church. He was involved in an alleged abuse scandal, (exonerated quickly), and came to us and explained, “my life is an open book.” He showed us how to die as he suffered through his last days as he died due to pancreatic cancer.

I used to be the sacristan for the chapel on campus and so I would be responsible for laying out the vestments for Cardinal Bernardin when he came to celebrate various liturgies. The chapel was full of old memorials and mementos from the Cardinal Mundelein days, including old, heavy and ornate vestments. He was scheduled to lead vespers one evening and Fr. Ken Velo, his secretary, messaged that we should have the white cope ready for him. I had always thought the old black cope was interesting if not frightening. It reminded me of something Darth Vader would wear if he had been ordained. (As a joke, I laid it out for Cardinal Bernardin. His reaction was priceless, “Oh my Lord!”  Excellent.)

When I visited the presumed sight of the ancient city of Emmaus in the modern day town of Abu Ghosh, we went to Mass there at the crusader church of Our Lady of the Ark of the Covenant and I recalled Fr. Velo’s words about Cardinal Bernardin and the Emmaus story. I imagined the scene of the disciples and their emotional response to the appearance of the risen Christ. Then I imagined all the people I could apply the words Fr. Velo had imagined that the disciples said and the way he had applied them to Cardinal Bernardin.

Who in our life has led us? Who has shown us the way? For me, I think of many, including Cardinal Bernardin, Fr. Richard Mc’Brien N.D., Fr. Fagamini N.D. and Fr. Murphy O’Conner O.P., and the many, many others I can say that about.