Posted on May 1, 2020 Posted By: Molly Lauer Categories: News 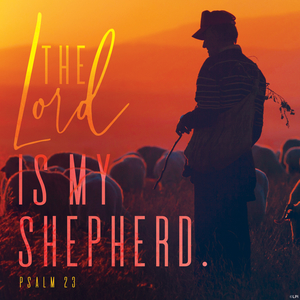 “I am the gate for the sheep. All who came before me are thieves and robbers, but the sheep did not listen to them. I am the gate. Whoever enters through me will be saved”- Jn 10: 1-10

In our Matthew class online (see: https://www.facebook.com/StElizabethCarlisleIowa/) we were talking about the infancy narrative of Jesus. We talked about the culture of the shepherd in first century Palestine. One of the ways shepherds would manage their herds was to find a natural enclosed area, among the hills and rocks in which they were passing through. By various ways they would “fence in” their flock, leaving a small entrance in which the sheep could go in and out. The shepherds would then sleep, lying across the entrance in order to keep the sheep in and predators out.

When Jesus talks about being “the sheep gate” I imagine this is the image he has in mind as he is describing himself. He himself is the gate to come in and out of his enclosure and be saved.

Another example of the shepherd culture of Jesus’ time was shepherds ability of leading their flocks through sometimes confusing and potentially dangerous situations. For example, imagine two flocks of sheep coming toward each other over a bridge. Imagine how chaotic this might become for the shepherds trying to manage his flock and keeping the other shepherd’s sheep separate.

Their solution is so simple. Each shepherd is known to have sung to his sheep as they moved along. The sheep were familiar with his voice and when there were moments when flocks mingled together, the shepherds would simply continue to sing and his flock would naturally follow him, continuing to stay together.

John’s Gospel has many instances of Jesus using examples and metaphors from the shepherd culture of the time. For our purposes, Jesus explains very simply that he is the protector and gatekeeper for us, his flock. As long as we listen to his voice and distinguish it from other voices, following him, we will be saved.