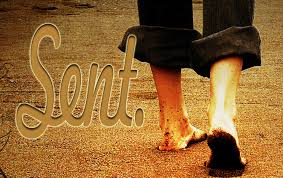 In today’s Gospel 72 of the Lord’s disciples go ahead of Him to the various towns he was to visit. In modern day terms this might be viewed as Jesus sending his advance team.

When I worked in television, we often did presidential debates.   We would do a dozen of these in an election year. They were held at the fair, Hoyt Sherman or the Civic Center. At each of these debates the candidate’s “advance team” would show up the day before to check the camera angles and lighting, so they would assure their candidate would be seen in the best possible light. During the debate, they often hung out before our camera platform.

For me, they were very annoying. They would try to get up on my platform to tell me something about the lighting and I would shoo them away. Sometimes they would lean against the platform causing it to shake which in turn made my camera shake, soliciting the anger of the director. To stop this, since I was on headsets and unable (or unwilling) to speak with them, I would simply stomp my foot on the top of the platform, just to get their attention and to stop them from leaning against the platform….but I digress…

The advance team was sent ahead to assure things were set up correctly and to communicate the needs of their candidate. I always think of this when I read this Gospel. In a sense Jesus is sending out his advance team to prepare for his coming. Unlike the advance team I described, Jesus’ disciples visit the towns where Jesus plans to visit, more or less as lesser versions of him. Jesus sends them out giving them the same authority over demons as he.

Jesus also asks them to not engage in arguments or the petty issues that often arise when people engage in religious discussions. In other words, they weren’t sent to postulate but simply to be him, in a non confrontational way.