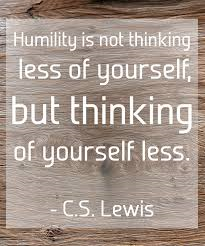 The NFL is considering relaxing the end zone celebration restrictions for this coming season. At the risk of being labeled “an old fuddy-duddy,” I find it fascinating that grown men need to perform such childish antics, dances, skits as celebrations for scoring a touchdown. Granted, it may be fun, within reason, but most of the time professional football players take the moment to make sure every eye is on them and to make sure they have all the attention as they perform a little skit as some sort of celebration.  Face it fellas, it’s just football.  You didn’t cure cancer nor did you win the Nobel Peace Prize.  Besides, how about a little class and dignity.  As Barry Sanders said, “Be humble, and “Act Like You’ve Been There Before”.

Humility and class is too often lacking in sports these days.  It is almost as important to learn how to “dab” or how to flip a bat than it is to learn the more fundamental elements of sports. I secretly celebrate when a runner goes into his celebration mode toward the end of a race, only to be passed at the last second, by a more determined and resolute competitor.   Nevertheless it doesn’t mean there aren’t great examples of class out there to be admired and followed.

How about Valley High School wrestler Rocky Lombardi who showed heroic class after loosing a fiery and controversial match. Even after the winning coaches, athletes and fans had put on a clinic in bad sportsmanship, Rocky rose above it all in humility and class in defeat.

I’m thinking of a friend of mine, Randy Wilson, one of the fastest milers in Iowa.  Randy, graduated from Knoxville HS and went on to be one of the country’s best at Oklahoma.  He qualified to be on the USA Olympic 4×800 team in 1980 for the Moscow Olympics.  Of course we all know that the USA team did not attend those Olympics and Randy never got a chance to medal in the Olympics.  Nevertheless Randy is a true example of sportsmanship and class.  You will see him practically at every collegiate track meet as an official, but more than that, he loves giving back to the sport he loves and there is no malice nor pouting over what happened in 1980.

Rhonda Miller shared a newspaper article about the recent fiasco at the Academy awards, where “La La Land” was mistakenly announced as the winner of The Best Picture Award.”  The movie’s producer Jordan Horowitz gracefully called the real winners to the stage even in the midst of his disappointment and loss. You can imagine how this scene could have unfolded had it happened to most Hollywood luminaries.

Sadly, these are the exceptions rather than the norm.  Everyone demands their fifteen seconds of fame and attention.  We must be able to do our end zone dances anytime we have any sort of success or victory.  Humility is not highly valued it seems.

“But what does this have to do with Lent?” You might ask.  For me, it is what remembering that we are dust is all about.  No matter how many touchdowns you score; no matter how many awards you win; no matter how many victories…to dust we shall return.  The things that endure are the good that we do, the example we share and the character we display.