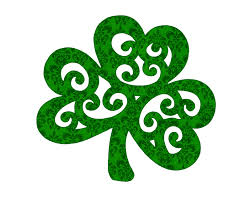 Well, we all survived St. Patrick’s Day. I assume you all wore green. Poor St. Patrick. I’m sure somehow he is proud of the fact that he has been remembered through all these centuries, but I am not sure he is excited about the way he is remembered. Go to Sully’s on St. Patrick’s Day and ask anyone of the “pilgrims” celebrating his day, what they know about the saint they are venerating and they will likely talk about snakes, shamrocks and maybe something about evangelization. That’s really about it. St. Patrick’s Day while in itself a harmless celebration of Ireland and Catholicism, is an example of how a religious devotion has developed into something else. Celebrating St. Patrick’s Day has little to do with the actual saint and more to do with simply celebrating in itself.

A few things about the real St. Patrick deserve more attention than snakes and shamrocks. He was of English descent and was not the first to evangelize to Ireland. Palladius had been sent in 431,about five years before Patrick’s mission and he along with Patrick and others were responsible for developing the Irish mission. There is no doubt that Patrick found much success in his evangelization and Christianity became the “new order of things”.

Author and historian, Marianne Elliott wrote in her 2001 book “The Catholics of Ulster” that the emergence of Christianity in Ireland during the 5th century is “is the only example in western history of Christianity establishing itself in a culture untouched by Roman conquest.” It was a unique situation as Christianity for the most part in Europe had emerged out of the Roman culture. Because of this, Irish or Celtic Christianity took on a unique expression much of it good and devout, some of it counterproductive. Irish Catholicism is often known for it’s overemphasis on guilt and the inability of being forgiven.

We owe a lot to St. Patrick, mostly for his tenacious zeal in the Christian mission to the Irish; his breaking down of complex theology to simply understandable terms and for his peaceful demeanor.

I hope you celebrated St. Patrick’s day successfully and had fun, he would have wanted that, but I hope perhaps you remembered some of the reasons why this is such a great day and why we honor St. Patrick. Erin go Bragh!