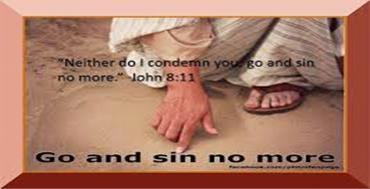 We tend to wax eloquently on and on about what we call “the good old days,” that magical, elusive and non-specific time of yore. We look back and imagine a time, usually of our own construction of this time, when everything was right, ordered and just. The problem is, the old days are the same as these days, generally with the same good and bad influences, occurrences, positive and negative.

We shake our head at situations and events of today and think, what is the world coming to? Of course, people of ancient Egypt, the Roman Empire, the birth of our own country, thought the same thing. We always think people are getting worse. The great theologian, Jesuit Theiard de Chardan at a time of world wide despair during WW1, was a bright voice of optimism in God’s grace and love. He dared to believe, not only in the good of God, but of the world and its people.

We look around and think the world is more sinful than it use to be. The truth is, it is the same as it always has been. Look at the Gospel. We hear the story of the woman caught in adultery and the response of the religious leaders who want to stone her to death. At least we are not stoning people to death on a whim these days, or throwing people off cliffs because we don’t like what they say (at least as a rule).

Instead of longing for the mythical good old days, I believe God would want us to believe in the good in ourselves and the world now, accepting that today is no different than yesterday .