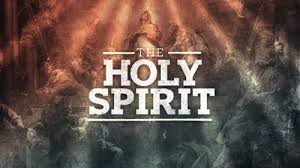 Today, in John’s Gospel Jesus reminds his anxious disciples that he will be physically leaving them, but he will not abandon them like orphans. It is important to remember an orphan in first century Palestine is one of the lowest rungs of social standing. An orphan has no real legal standing and has no one to take care of them. Jesus says that he will not leave them orphans. In other words Jesus will be their parent or guardian, giving them legitimacy and better yet, protection and care.

Jesus says he will be asking his Father to send another advocate. An advocate? What in the world is an advocate? Another one? You mean we already had one of these so called advocates? If it were me among the disciples, I would be wondering who or what these advocates were and what difference will it make for God to send another one.

Of course we know what an advocate is, an advocate is a person who represents another, speaks for them or defends them. So Jesus is asking his Father to send another advocate. Who was the first? Of course, Jesus was the disciples’ first advocate. When you think about it, he did speak for the disciples, he did represent them. What advocate would take this role so seriously that he would represent his people by taking on their sins and dying for them?

Who is this other advocate Jesus is arranging to be sent? Of course it is the Holy Spirit. This Spirit will be with them and protect them, truthfully. Truth, a quality in short supply these days. It might not be very comforting to the disciples to have a spirit as an advocate, one that apparently the world does not know or see. To understand and feel the support, representation to the Father, one must think more broadly than just physical, intellectual and emotional needs. It is not simply enough to advocate on behalf of us to the world. It really doesn’t matter.

What the Holy Spirit represents us before God, is in pleading for our cause before the Father. Our advocate, the Holy Spirit, encourages, directs and defends us as we navigate through our life in this world. Our need for this advocate is bigger than just this life and this world.

Having an advocate means we are not orphans anymore. We are legitimate, accepted and defended before the eyes of God. For any orphan, it is a great day when you receive and know you have finally legitimized and have an advocate to represent you like a parent.